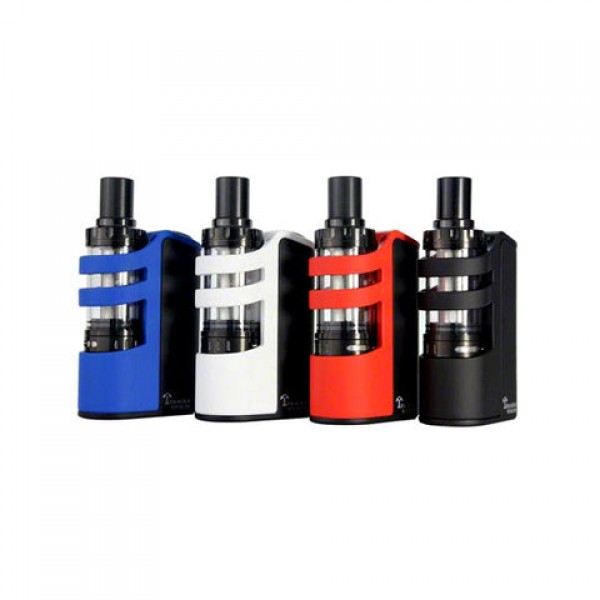 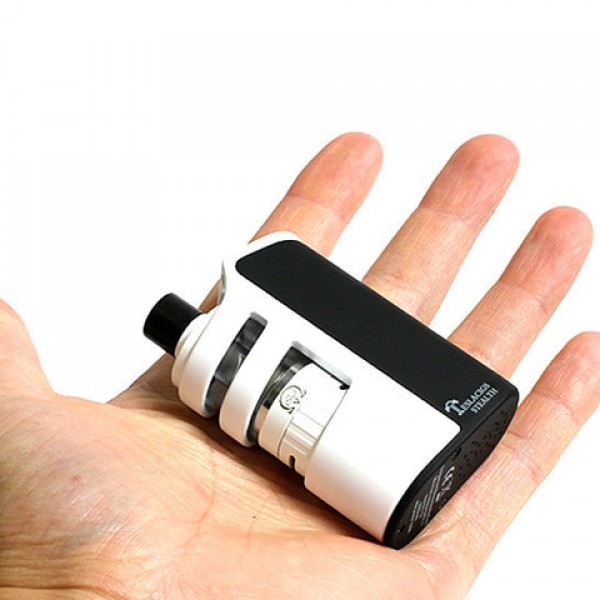 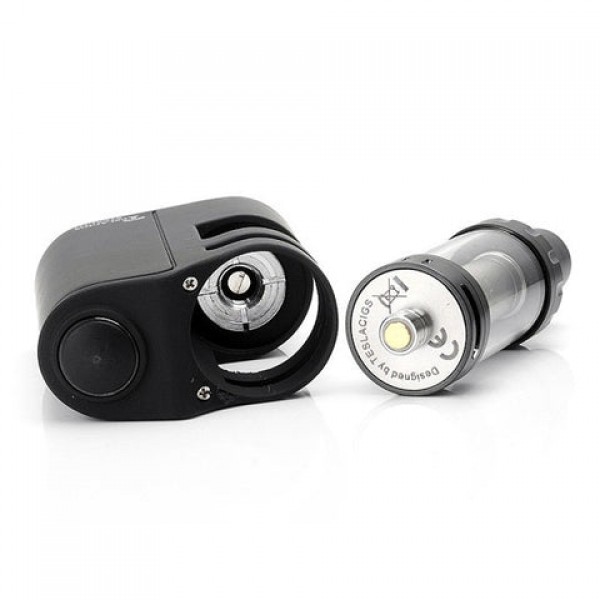 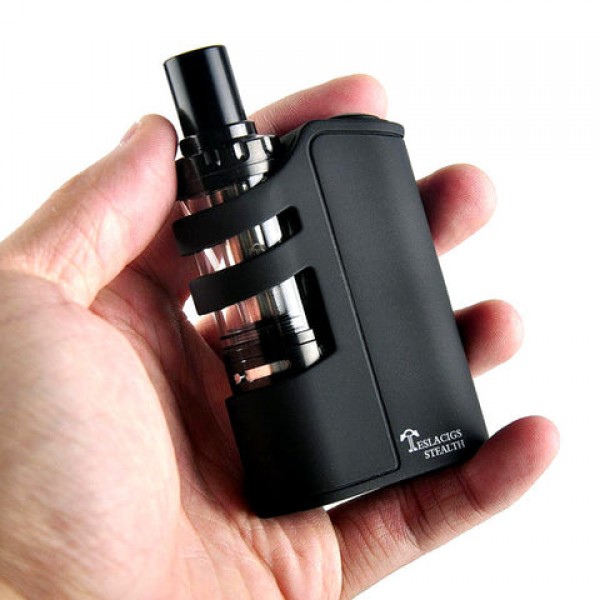 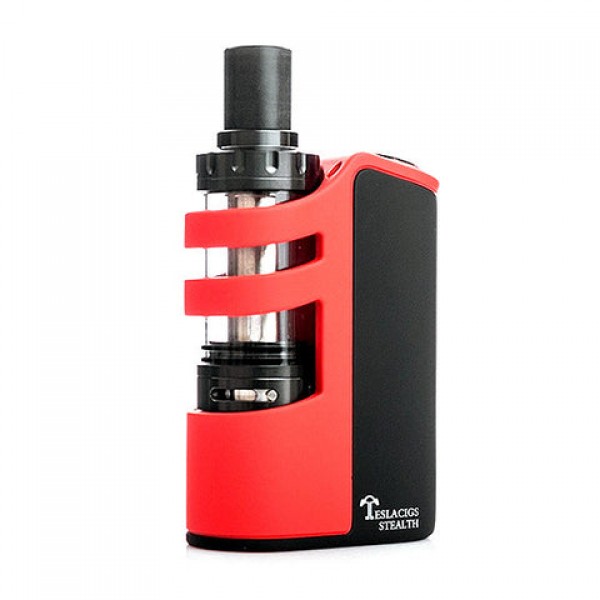 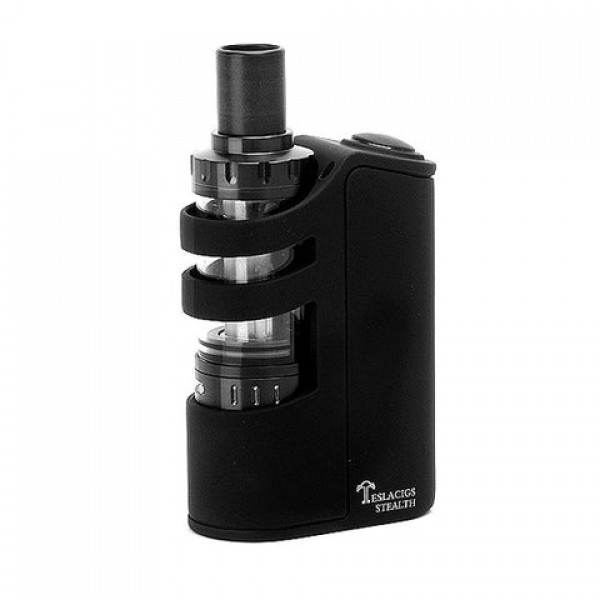 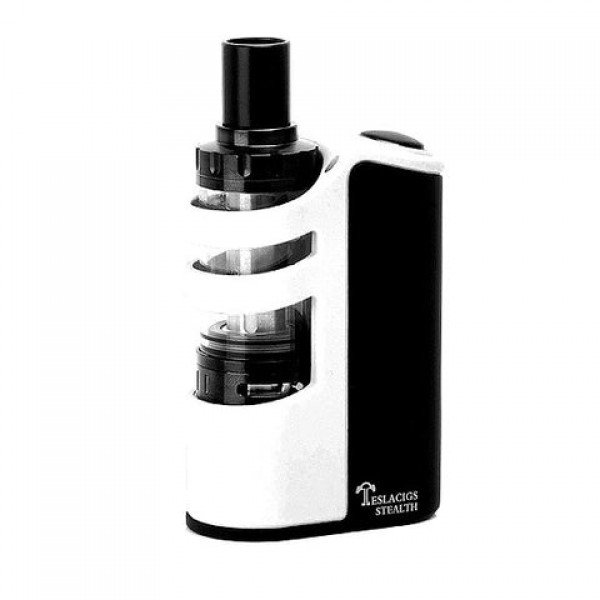 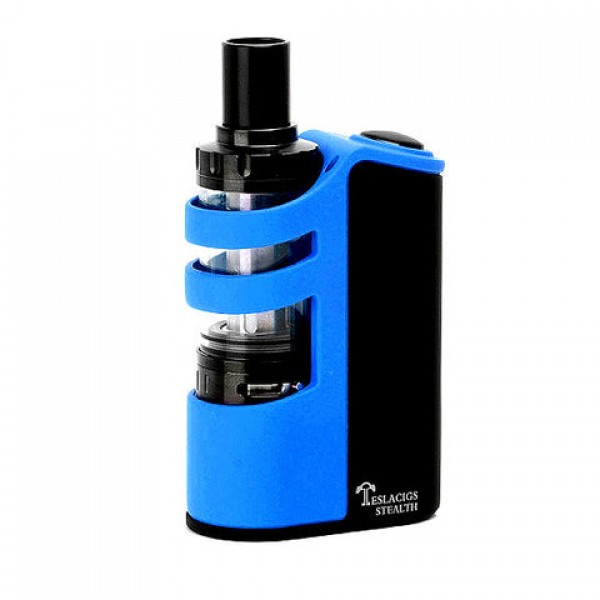 Tesla Stealth Mod 100W Full Kit (w/ Shadow Tank)For years, Tesla has been on the very top of the list of high-quality brands for vaping devices and st..

For years, Tesla has been on the very top of the list of high-quality brands for vaping devices and starter kits. Dedicated to innovation, excellence, and originality, Tesla spares no expense in the research, development, designing, and engineering of their extensive list of premium products. In line with this commitment, Tesla has released one of their most exceptional vaping devices to date—the Stealth MOD Kit. This truly remarkable setup is astonishingly compact, powerful, and well-performing. It is capable of manufacturing extremely large vapor clouds, accompanied by intensely flavorful taste as well.

The very first thing you will notice about the Tesla Stealth MOD Kit is its exceedingly stunning ultramodern and high-tech aesthetic design. It is gracefully crafted with striking curves, which not only help enhance its overall radical appearance, but also makes it extremely ergonomic as well. This, coupled with its extraordinarily small and compact stature makes using the Tesla Stealth MOD fantastically comfortable to use throughout the day. Adding to the Tesla Stealth’s ease of handling is the rubberized outer finish, which not only provides for superior comfort, but offers a nice grip as well.

However, don’t let the Tesla Stealth MOD’s small size fool you—this little beast packs a powerful punch. Capable of delivering an astonishing 100W of maximum power, this cutting-edge sidecar MOD can accommodate atomizer coil resistances as low as 0.1 ohms. This provides for great versatility, particularly when building your own custom atomizer coils to use with the device. Adding to the power of the Tesla Stealth MOD is its internal 2,200 mAh battery, which contains sufficient capacity to last you through the day without needing a charge.

If the Tesla Stealth’s battery does die out on you before you are able to charge it, worry not, as you can utilize the device’s passthrough capability to continue using it. By connecting the Stealth to an outlet, computer, or other charging device with a USB port, you can use your MOD while it is being charged. You can also purchase a USB car adapter, which allows you to charge and vape simultaneously while in the car. This is a very handy feature, particularly while on long drives and road trips.

The Tesla Stealth is a “Sidecar MOD,” which essentially means that the tank is housed within the body of the device off to the side. This is a brilliant design, as it drastically helps in maintaining the Stealth’s incredibly short height. Tesla did a phenomenal job in designing the tank’s housing by elegantly providing for protection for the tank’s glass, while also offering a window through which you can easily monitor the remaining e-juice.

The Tesla Stealth MOD Full Kit is also equipped with the sensational Shadow Sub-Ohm Tank. As with the MOD, the tank is also made with only premium-grade materials. The Shadow’s body is fabricated with 304-grade stainless steel. Combined with a set of other alloys, which includes chromium, nickel, and manganese, 304 stainless steel is light, durable, and highly resistant to corrosion. The entire frame is then coated with a hardy layer of resilient paint, further shielding the Shadow Tank from the elements.

The Tesla Shadow Tank’s 3ml e-juice reservoir is constructed with high-quality Pyrex glass. Unlike plastic tanks, which deteriorate through the course of time due to the acidity contained within e-liquid, glass tanks are entirely resistant to such erosion. Without plastic slowly bleeding into the liquid, the result is a noticeably cleaner, purer, and truer taste. The Shadow’s glass tank additionally ensures that it will never cloud or become tarnished in the way plastic can.

The base of the Tesla Shadow Tank is furnished with a top-of-the-line airflow control valve. This wonderful component affords you the ability to set and adjust the amount of air that is entered into the tank when taking a hit. This is a great capability, as you can greatly customize your vaping experience utilizing it. You can enjoy airy hits with increased airflow, or tighter drags with decreased air intake. Being able to fine-tune the airflow is also very beneficial, as it allows you to alternate between e-juices with various levels of VG without any flooding or gurgling.

Adding to the ingenuity and user-friendly design of the Tesla Stealth MOD Kit is the Shadow Tank’s top-fill e-juice system. Rather than being required to disconnect the tank from the battery, then separate the base in order to simply add some e-juice, the Shadow Tank is engineered with a top-fill system whereby the tank can be refilled from the top. Merely unscrewing the top cap exposes the e-juice reservoir, which can be refilled effortlessly.

As spectacular and well-performing the Tesla Shadow Tank is, one of the most remarkable features of the Stealth MOD is that it can accommodate any 510-thread tank that is 22.5mm in diameter or smaller. This provides for great versatility, as you can alternate between various tanks and RTAs.

If you are looking for an exceptionally powerful, yet unbelievably small, light, and compact setup that is easily transportable, there really isn’t a better device than the Tesla Stealth Kit. Capable of producing a massive 100W of power, this tiny powerhouse is capable of producing competition-level vapor that will absolutely blow you away!

Made with 304 Stainless Steel

MOD can Accommodate Any Tank 22.5mm or Smaller 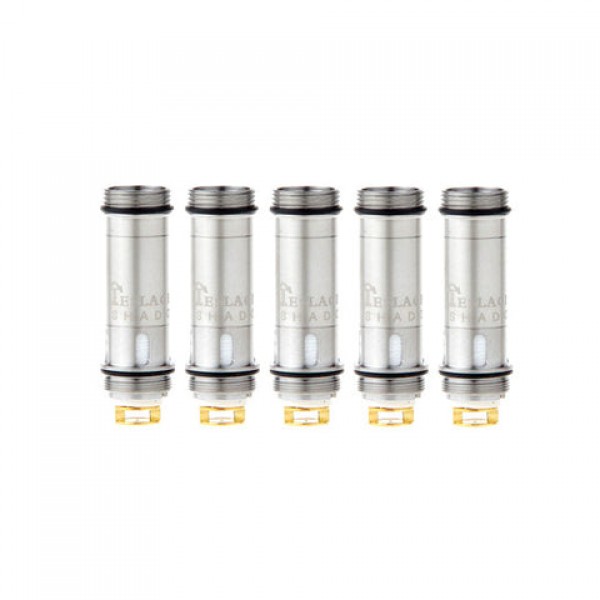 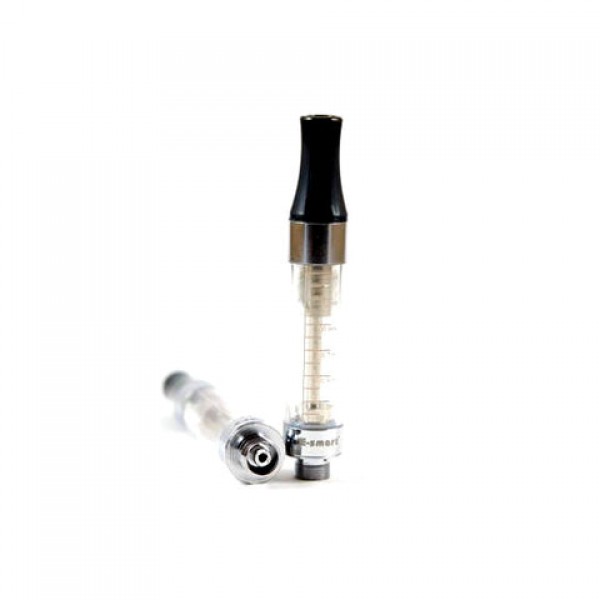 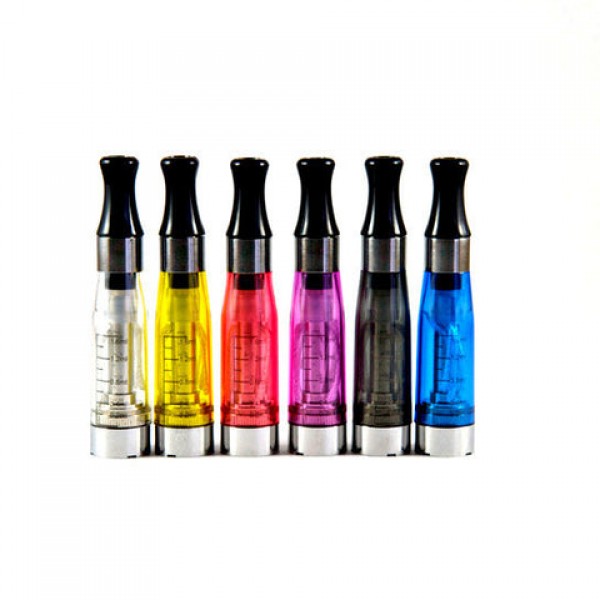 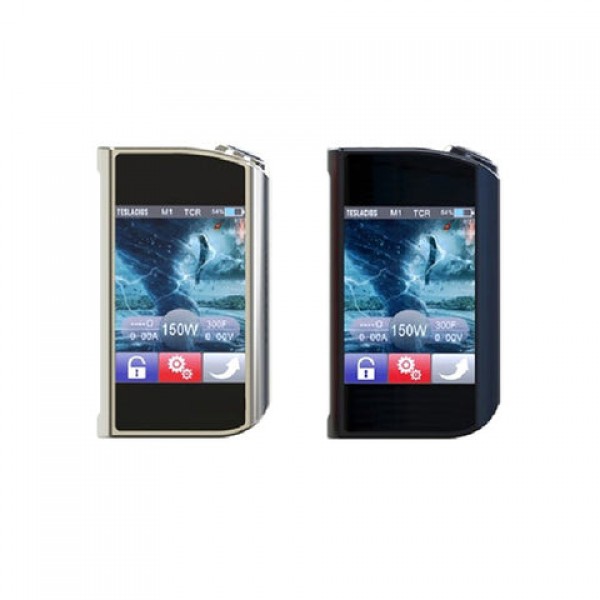 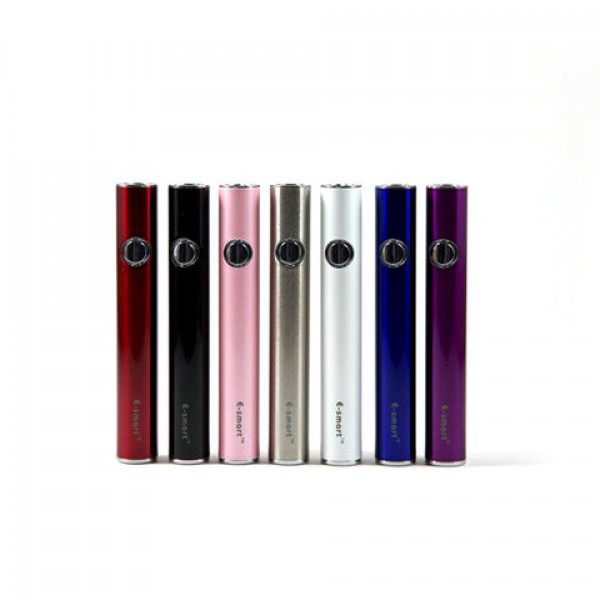